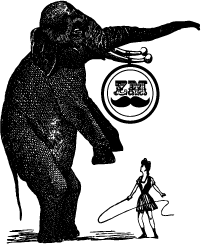 Zen Mustache, a dynamic seven-piece from Boulder/Denver, features a soulful sound that blends decades of rock influences to deliver a high-energy vibe with emotive vocals and accessible jams.

Inspired by artists ranging from The Allman Brothers to Martin Sexton to Pearl Jam, Zen Mustache fuses elements from many genres. Their unique sound, best described as Mountain Rock, is anchored by powerful vocal harmonies and classic rock instrumentation, highlighted with accents of mandolin and melodica.

With its extreme blend of vocal talents, musicianship, songwriting, and improvisation, Zen Mustache is a singular force in the modern music scene. Dancing shoes required!

“If Govt’ Mule and Phish had a love child, it would be named Zen Mustache and you’d like it.” – Bret Wolgemuth

“Soulful vocals, precision riffs and intelligent composition collide with jazz-tinged blues-based rock and roll to create a natural, funky sound. Zen Mustache has the chemistry of a band that’s been playing together for 10+ years. I’m scared to think of how tight the band will be when they really have been together for 10 years…upon seeing these guys for the first time, I felt like I was seeing Phish in 1988. The potential is through the roof with Zen Mustache…Similar to the facial ornament, Zen Mustache is comfortably encompassing.  Expect big things from this sextet!” – Bret Wolgemuth

“First of all, the name of this band is Zen Mustache, which earns them considerable cool points right out of the gate.  However, even without references to Buddhist facial hair, this group would be worth mentioning.  There are [sic] composed of a troupe of talented, eclectic musicians from Colorado, and their sound traverses jazz, rock, blues, and funk with easy sophistication.  Don’t miss their free show at the Dark Horse…” – The Daily Camera, “Inside Track-weekend entertainment wisdom”  3/5/10

“Zen Mustache! It’s just fun to say. While they’ve written original songs, their covers of famous songs like ‘Up on Cripple Creek’ (The Band) are incredibly well done. The classics are the ones that have to be done right, and these guys nail them on every occasion. This group consists of talented musicians who make each song their own. Local to Colorado, these guys bring the best of the rock scene to local venues.

Lead singer Kyle Mason, artist and natural performer, brings a classic sound to the stage that can cover anything from ‘Come Together’ to ‘Into the Mystic.’ Laid back drummer and studio man Justin Mirarck provides the beat for the band’s solid groove, with musical influences ranging from jazz to heavy metal. BJ Callahan works the bass and sax. As a professional musician, he’s both a performer and a teacher. Within months of joining the band, he also brought a host of original songs to the table. Keyboardist and writer Johnny Drozdek lends extreme versatility and dimension to the band’s sound. His hard-hitting lyrics on the original song, ‘Best I Can,’ can only help pave the path for ZM’s inevitable success. When you see Ted Martens on the stage playing the guitar, mandolin, trumpet, or bass, his skill and personality reach out and pull you onto the stage with the band. As a songwriter, guitarist, and singer, Geoff Madding has a lot of creativity to channel, which drives ZM’s unique, yet vintage sound.

If you’re looking for a band with great character, great chemistry, and who love what they do, you won’t want to miss Zen Mustache! The connection between the audience and the band is unmistakable, marked by talented musicianship and personal lyrics. This group can get up on stage, rock the house, and have a great time. They’re the type of guys that you could hang out with at the end of the night and catch at the next concert to do it all again.” – Peter Gibbons, 1/22/10

News from the ‘Stache

Hell yeah! Gigs getting on the calendar for summer 2023. Stay tuned!

Back in action! Zen M finally back on stage at the Cherry Creek Arts Fest. Long hiatus for us with no gigs through the pandemic. Ramping back feels great!

Set lists, notes, and other musings from previous shows. Check it out here.

Where does the name come from?

We've been asked this question repeatedly, so here's the real story of how Zen Mustache got its name.

Johnny's kids, a boy 7 and a girl 4, somehow got into the practice of taking up the lotus position. We're not sure why or how, but they probably picked it up from Kung Fu Panda. You can see some of their antics here. They do this when they want to draw attention and "help" others who need a little spiritual assistance.

One night we got all the band members + friends + family together for some dinner. Over burgers and brats someone noticed a pathetic scrub line on BJ's upper lip. BJ proudly announced that yes, he's planning to grow out his facial hair, that he's never been successful in the past, but this time is for real, and he has sought divine intervention to assist him.

Next came one of those moments where child-like innocence only punctuated the perfect comedic timing. Without missing a beat, both kids jumped down from table, planted themselves on the floor, assumed the lotus position, and with dead seriousness started chanting "ohmmm, ohmmm".

After picking ourselves off the floor from laughing so hard, someone called it the Zen Mustache, and that was how the name came to life.

Come to think of it, BJ is still working on his 'stache.

Genre: Rock/Jam Band
Hometown: Denver, CO
Influences: The Meters, Phish, Bozzio Levin Stevens, Yes, The Band, The Who, Led Zeppelin and many many many many more...

For booking, publicity, general inquiries, and feedback please complete our contact form or send an email to Zen Mustache.