About 11:00 Saturday night the band was loading gear out of the Merc when Geoff said, “That was a fun day.” Have to agree with you buddy!

WinterFest was bound to be fun – but playing outdoors in December in Denver had us worried about seeing our breath when we sang. Mother Nature had another idea and the balmy 70-degree temps encouraged loads of neighborhood folks to come check out the festival on Old South Pearl. Santa, who made multiple appearances at the festival, was probably wishing he’d brought his shorts and Hawaiian shirt!

We want to thank Marilyn and the folks at HobNob Events for inviting us, and a special shout to Allen at Space Recording for making things so easy.

Wrapping up after WinterFest, we hustled up to Jamestown for one of our favorite mountain venues at the Jamestown Merc. This little room doesn’t feel like a place for a rock-n-roll concert, but it transforms perfectly and the room has a unique energy all its own. As a band we joke about the copious amounts of gear ZM possesses and at the Merc we pack it all into a smaller space than seems possible. This picture doesn’t even capture the two light rigs floating above the main speakers, or the floor monitors wrapping the stage: 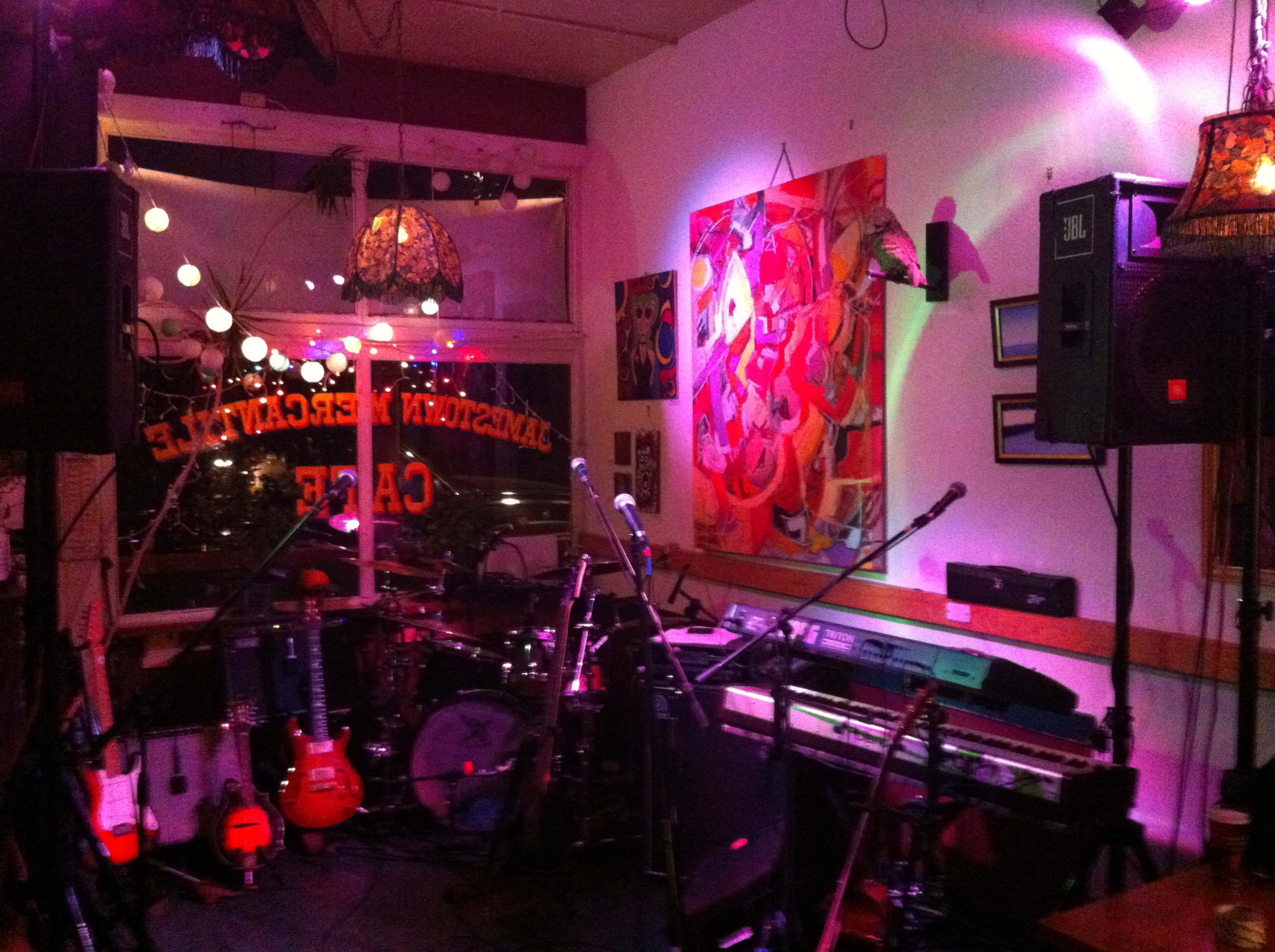 It was another stellar night. Joe and the rest of the Merc staff fed us and kept our thirsts quenched. People from all walks of life came together to celebrate the basic human function of being joyful together. What a party! Our buddy Joe came up to record the house. Our main man Ethan was at the sound board making the band sound great. And hey, all you Party Bus people get a shout from the manager at the Merc, who complimented us at the end of the night saying we always bring out people who have super positive energy and who are also respectful and polite. Yeah!

Top moment of the day for me came at the Merc. Early in the set after playing a couple of covers, we had a crew of people out of their chairs shaking some booty. Next on the set list was Hey Jane, which has the potential to slow things down. Momentary question mark within the band, then Kyle made the split-second decision to go for it. And damn if it didn’t pull more people off their seats and push the energy up to the next level. Props to our bud BJ Callahan for creating that gem of a song.

So Geoff you’re right. That was a fun, fun day. Two great shows, lots of new and returning faces, and a whole lot of music. Let’s do that again, soon! 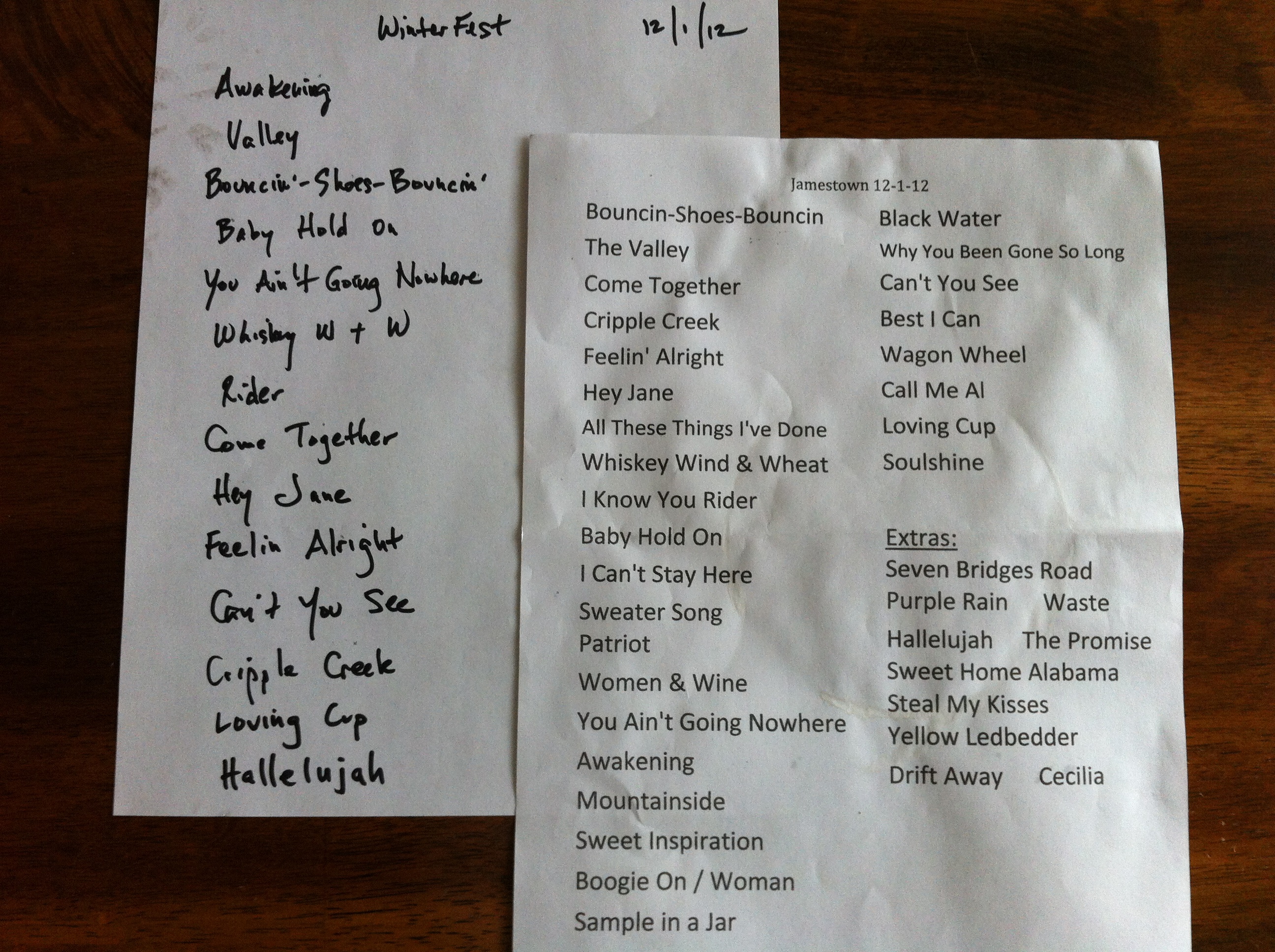 Posted in Gigs and Events | Leave a response

News from the ‘Stache

Hell yeah! Gigs getting on the calendar for summer 2023. Stay tuned!

Back in action! Zen M finally back on stage at the Cherry Creek Arts Fest. Long hiatus for us with no gigs through the pandemic. Ramping back feels great!

Set lists, notes, and other musings from previous shows. Check it out here.

Genre: Rock/Jam Band
Hometown: Denver, CO
Influences: The Meters, Phish, Bozzio Levin Stevens, Yes, The Band, The Who, Led Zeppelin and many many many many more...

For booking, publicity, general inquiries, and feedback please complete our contact form or send an email to Zen Mustache.